Unequal Music and the Dominance of ET 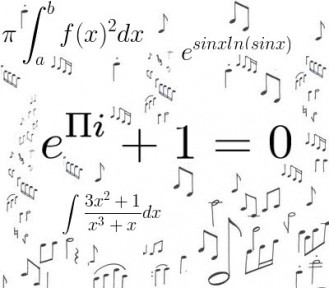 As well as indicating frame of mind, temper means to adjust the frequency differences between the notes of a scale to allow modulation into other keys, from the Latin temperare: to mix. Why are the notes of a scale tempered, and is it still possible to play in any key if they are not? The conventional way of answering the question of temperament usually requires considerable mathematical ability which can be daunting, so I’ll try to demonstrate it another way.

Imagine that The Octave is a container, a shoebox into which we must fit the notes within an octave. An octave is so called because it contains the eight notes which make up the scale. In Western music this is further divided into twelve semitones or thirteen if you count the fundamental twice, thus; C,C#,D,D#,E,F,F#,G,G#,A,A#,B,C. As this is a theoretical scale, we can make it perfect, that is without any tempering (or tampering) at all. Here’s the problem – the thirteen semitones won’t fit in the box. Something is wrong, either The Octave is the wrong size or there are too many notes. Pythagoras was supposed to have noticed this anomaly and in his era there was a strict hierarchy to most things in life, including musical intervals. The Octave was considered the most pure interval and it works beautifully in terms of musical satisfaction and mathematics. Double the frequency of A440 and you get A880, a perfect octave. Next in the hierarchy is the fifth, arguably the most musically pleasing interval; in its pure, untempered form both notes of the fifth share many of the same overtones.

Pythagoras also discovered that if you play a cycle of twelve perfect fifths (start at bottom A on the piano ascending in fifths until you reach another A which will be top A) and compare that mathematical frequency (the number of cycles per second) with the same seven perfect octaves, bottom A to top A, there is a discrepancy of about a quarter of a semitone! To be precise, it’s 23 cents where a cent is one hundredth of a semitone in equal temperament. In every other aspect of Nature, there is a flawless symmetry which appears to lacking here. This small but crucial discrepancy is called the Pythagorean Comma and that is the amount by which the thirteen notes of our scale are too big for the The Octave shoebox.

The solution to this problem is somehow to squeeze or temper the notes of the scale to accommodate the comma which will mean compromising the purity of some of the intervals.  Obviously, we cannot alter the octave itself and the fifth is too sacred, too precious to alter, or so it would seem. Pythagoras devised a simple temperament where the fifths are tuned pure and the comma is loaded onto the final fifth turning it into a wolf note which is virtually unusable. Other systems of temperament dissect the comma and distribute the little packets of disharmony around the intervals of the octave so that the compromise is shared among several or many notes; the more notes are compromised, the less the impact or ferocity of the wolf notes. These wolves may not be that unpleasant; in the right place and context they can add rather than detract from the harmony of the music.

Equal Temperament, the one we all know and have grown accustomed to, the temperament to which I will tune your piano unless you request otherwise, is the biggest compromise of all. With the exception of the octaves, all notes within the scale are not where they should be but slightly de-tuned so that successive notes going up in semitones are exactly equal in distance from each other, making all the keys equally discordant.

Within these two extremes of dividing the comma between one note and twelve notes are many temperament variants which can offer a far more interesting listening experience than equal temperament. In striving for equality in all possible key signatures, equal temperament sacrifices any differences there may be between the keys in terms of key character. One could question the point of writing a piece of piano music in C# major when it sounds exactly the same as it would in C major, merely transposed up a semitone. It is also wrong to think that the ability to play in any key is the sole reserve of equal temperament. Most historic temperaments, for these were used right up to the 1900’s, are perfectly capable of being used in any key; wolf notes are generally tamed by being spread over several intervals and the resultant mild discordance can be used to great effect in adding colour and interest.

Equal temperament has no pure fifths, no pure fourths, thirds or sixths. All are compromised for the sake of equality. All other temperaments have purity in some intervals balanced by tension in others which can lead to wonderful conflict and resolution in music, made all the more satisfying because they are more dramatic. Equal temperament is not a new discovery – it was known to the ancients, certainly Pythagoras, but firmly rejected because of its blandness. There is a common misapprehension that JS Bach wrote The Well-Tempered Clavier ( two sets of preludes and fugues, one in each major and minor key, known as The Forty-Eight) to illustrate the flexibility of equal temperament. Actually, he wrote them to illustrate the beauty and flexibility of well temperament which is very different from equal temperament in that the twelve notes of the scale are distributed unevenly to allow for differences in the character of each individual key whilst retaining the ability to play in the various keys. When we listen to a recording of The Forty-Eight in equal temperament, we are rather missing the point – the subtleties of Bach’s choice of intervals and other musical decisions remain inaudible. Most editions of this music carry a facsimile of the original title page – a closer look at the set of squiggles at the top of this page will reveal, with a little deciphering, Bach’s temperament, the well-temperament he used and devised for his Well-Tempered Clavier.

The mood or temper you would like to invoke in a composition will influence your choice of key; dramatic effects can be achieved when the music modulates from one key signature to another. Equal temperament on a fixed keyboard instrument such as a piano has no key character because it merely transposes when modulating. Equal temperament on an instrument where the pitch of a note is determined at the time of playing, such as a violin, is a modified form of ET – intervals can be slightly adjusted to suit the key signature and the temperament becomes unequal.

Equal temperament has only been in general use for the last hundred years or so yet it has dominated so much that any other temperament now sounds strange and exotic to our modern ears. If you have the opportunity, listen to music recorded using other temperaments such as Vallotti, 1/6th Comma Meantone, Kirnberger, Werckmeister III, or any of the alternatives; you may never hear music in quite the same way again.