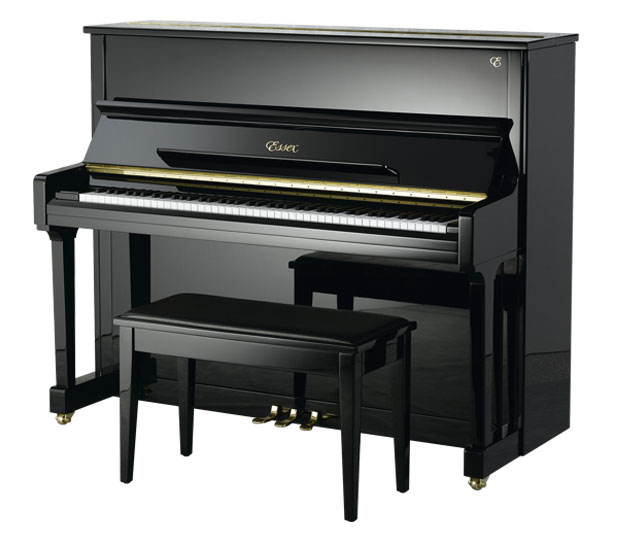 The top treble notes on my piano ring on unlike all the other notes which stop when I release the key. Can something be done about this?

You have noticed something which is common to all pianos and the short answer to this question is no! There are two qualities about a piano string, volume and sustain, which need to be addressed when designing a piano. The bass strings tend to produce the loudest sound and you will notice that for the first octave or so, there is just a single copper wound string for each note. Moving up, this becomes two strings as they approach the treble around the C below Middle C where the strings are made of steel and become trichords or three strings per note. The strings are also becoming thinner or lighter in gauge as the notes rise in frequency up the treble. The reason for all these changes is to maintain the volume, as much as possible, throughout the whole compass of the piano as the natural tendency is for both volume and sustain to drop as you rise through the treble. Most notes have pieces of felt called dampers which fall back on the strings when the key is released to finish the note and stop it sustaining. There comes a point, usually around two octaves above Middle C, where the sustain of the note is so weak that the dampers are no longer required and would actually make the note sound oddly cut short if they were damped. You can find this point on your piano if you listen carefully for where the sustain of the higher treble notes continue after they have been played.