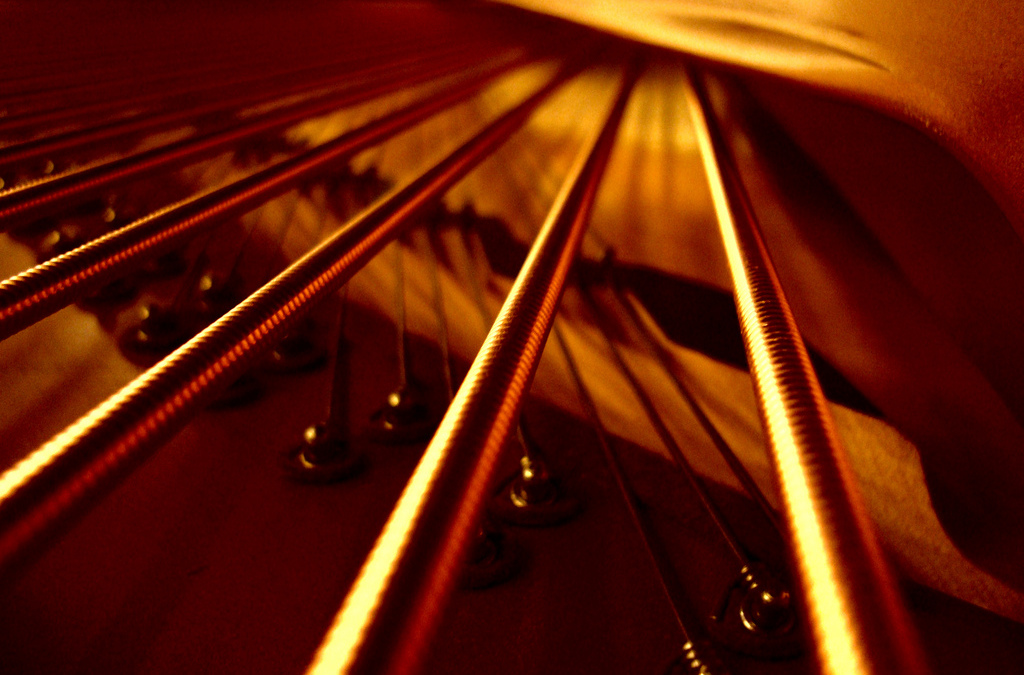 My tuner broke a string when he last tuned my piano. He didn’t replace the string yet the note still sounds!

First things first, your tuner didn’t break a string. Unless he was annoyed that you didn’t bring him a cup of tea, it would be more accurate to say that a string broke while the tuner was tuning your piano. If you look at how the strings are arranged on your piano you will most probably find that the bottom octave or so has only one string per note, the upper bass (up to about the C below middle C) has two strings and the treble has three strings per note. Put quite simply, if a single string breaks in the bass you will lose that note completely. If one of the bichords breaks then the note will still sound albeit with only half the power as only one of the two strings is being struck. Often, on a poorer quality piano, this difference can be quite subtle although on a good piano it will sound odd. If one of the trichords breaks and the other two strings are saveable, the difference, even on a good quality instrument, can be minimal and hard to detect, particularly in the top treble. Obviously, if you have a fine piano, broken strings will need to be replaced but practically speaking it is sometimes better to not replace the string and avoid the cost and inconvenience of the inevitable return visits by the tuner to tighten the new string as it settles and slips out tune.